Home » For Children » Churches through the centuries Albert lives in the roof of a medieval church. That means he has been there for over 600 years! He has seen lots of people come and go.

Churches have changed over the centuries too.

Try this timeline before you start your trip through the centuries. 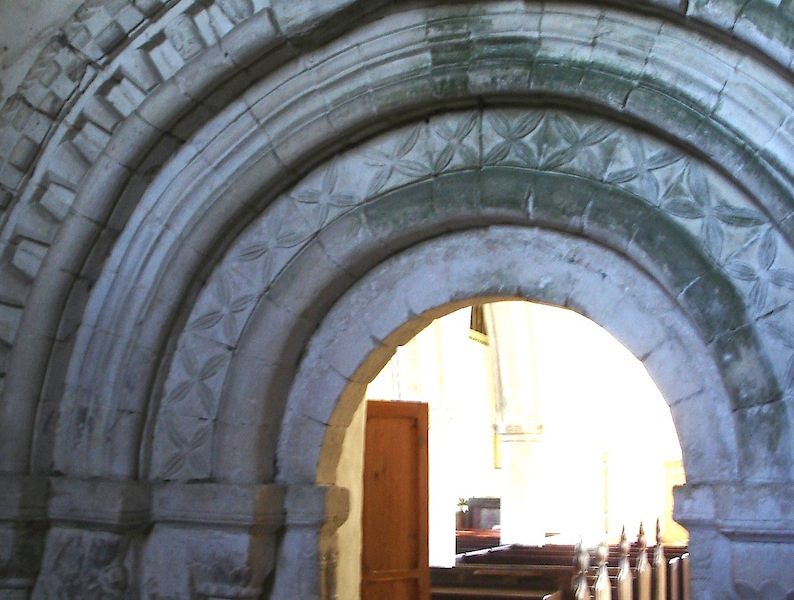 Some 600 years before Albert came on the scene, the Anglo Saxons were building churches out of wood. There are are none of those left in Suffolk today but they sometimes used rubble with long and short stones to strengthen the corners of towers.

Have a look at the towers of Claydon and Debenham churches and find out more about Anglo Saxon churches.

After the Norman Conquest in 1066 when the Normans won their battle with the Anglo Saxons, they built lots of great sturdy churches with massive towers - some of them in Suffolk. To spot Norman stonework, look for huge rounded arches like this one at Westall church. many have zig-zag patterns.

Windows were hardly more than a slit so churches would have been quite dark in those days.

Find out what to look for in a Norman church. 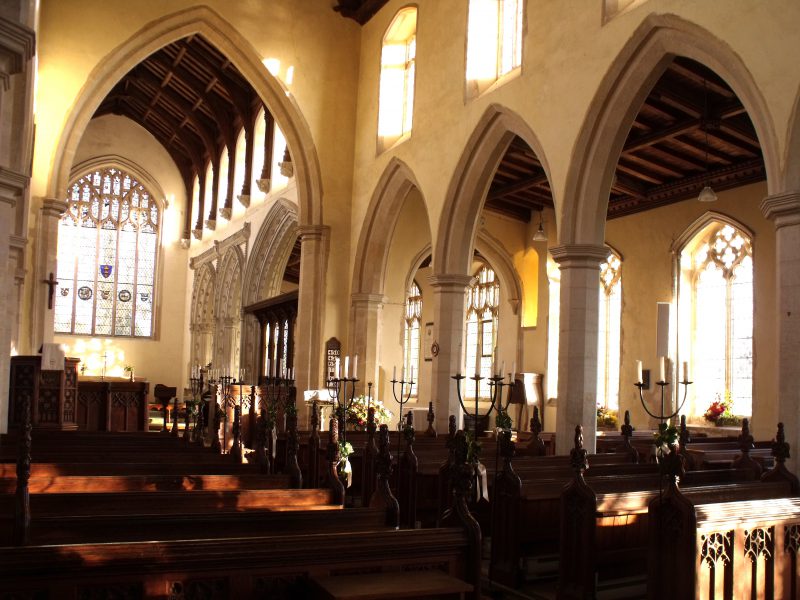 About 150 years after the Norman Conquest of 1066, church roofs were made higher with tall spires and towers. Arches were pointed instead of rounded and windows bigger with brightly coloured glass. There was no electric light so candles lit the dark corners and people had to stand because there were no seats.

When you go inside a church today, the walls are quite plain but 600 years ago they were covered with vivid wall paintings. Often the outside was coloured too. You can see what it might have looked like by painting Wells Cathedral in its medieval colours. Not many people could read or write in those days and besides the Sunday Mass would have been in Latin!

The Tudors and Stuarts 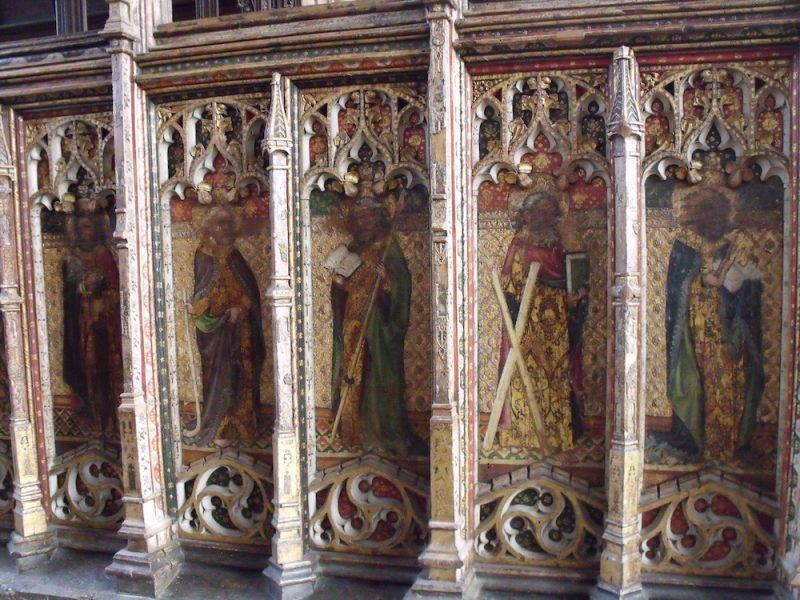 In the 1540s, the King was Henry VIII and he decided to become head of the English church himself rather than the Pope in Rome. You can read all about this period called the Reformation which means big change.

A man called Thomas Cromwell worked for King Henry. He decided to take away all the monuments and treasures inside the churches so he could sell them off to make money for the King's own Royal treasure chest. Tudor times could be terrifying!

After the Tudors came the Stuarts. Charles I had his head cut off and a Puritan called Oliver Cromwell  took over and ruled the country. It was for only seven years but he wanted to 'purify' the churches and destroyed their beautiful art and many of their carvings. One of his men, called William Dowsing, went to Southwold in 1644 and scratched out the faces of the saints on this screen. 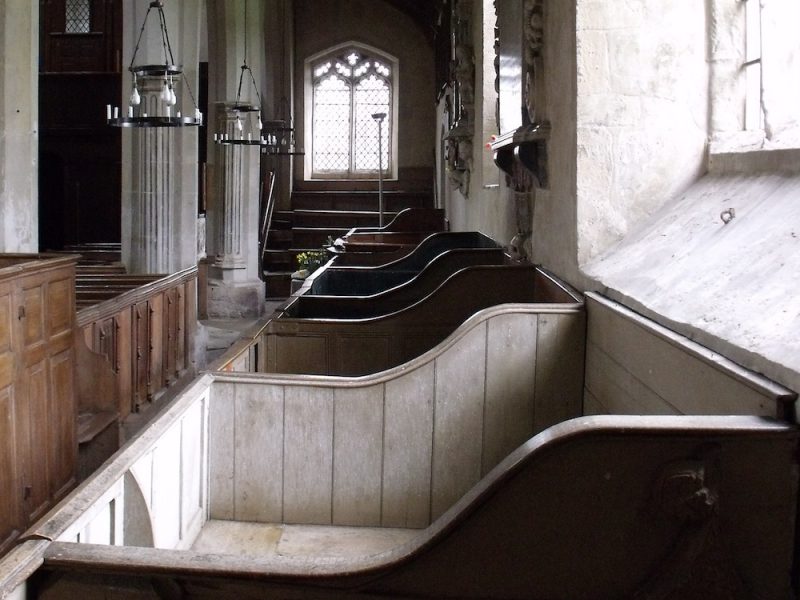 In Georgian Times 1714-1830 when all four kings over 11 years were named George and had fancy powdered wigs, churches were very serious places.

The pulpit for the vicar to preach from sometimes had three decks and a sounding board above to make his voice sound louder. Some pulpits might have a pole for the vicar to perch his wig on during the long sermon and an hour glass to make sure the sermon was the right length.

In country churches, village bands and choirs would play and sing from a gallery at the back of the church.

Poor people sat at the back on simple benches and others had box pews with little doors on them. If you were really wealthy, you might have a pew with its own fireplace. Churches were chilly brrrhh! 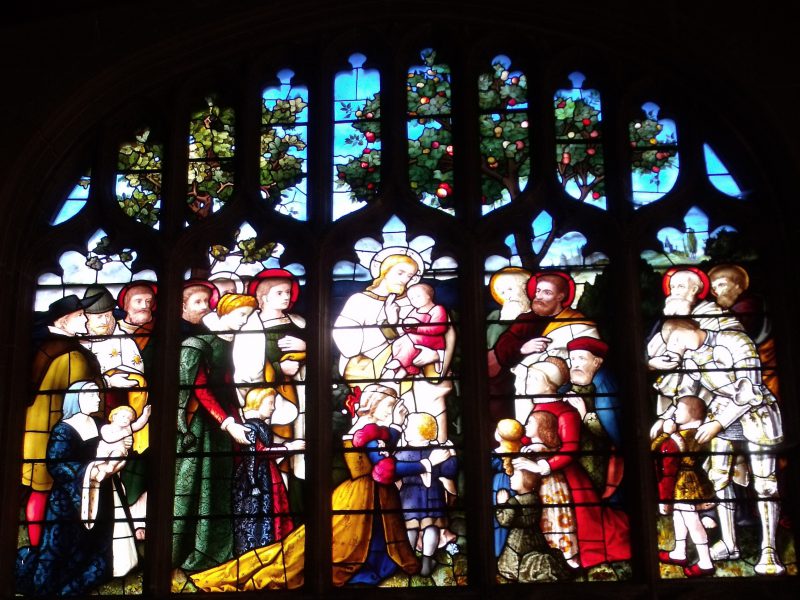 The Victorians were really keen on churches and wanted to repair all the damage that had been done by the two Cromwells of Tudor and Stuart times.

They liked the medieval styles called Gothic and wanted to copy them, calling it Victorian Gothic. They loved coloured glass and replaced lots of the glass smashed by William Dowsing in the 1600s. Victorian glass was much brighter and more gaudy than medieval glass.

The Victorians put in lots and lots of seats called pews hoping that people would flock to church and fill them all up but they didn't always. 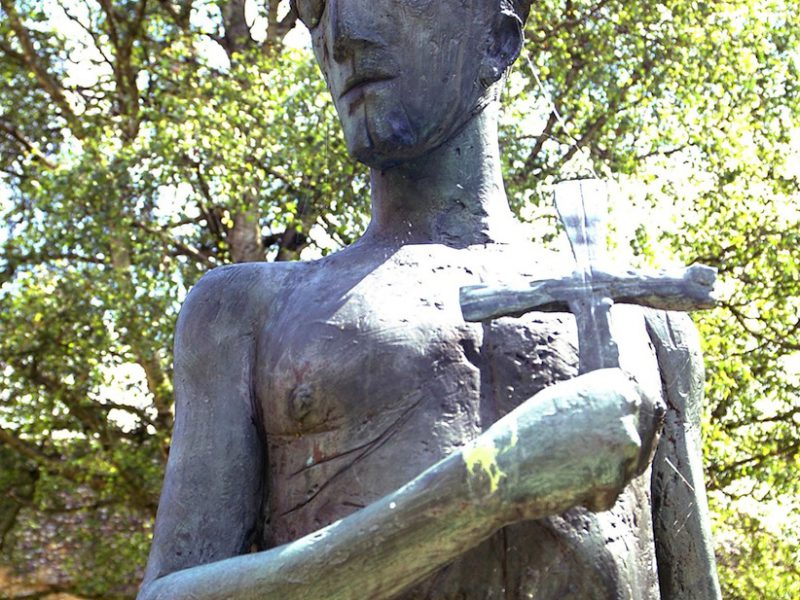 When you go inside a church, remember it is not a museum.

Churches are special because they were built to worship God and, many hundreds of years later, they are still used for the same purpose.

There are new treasures to be seen in churches. Look out for modern sculpture like this one of St Edmund outside the Cathedral in Bury St Edmunds, or beautiful modern glass by artists such as Rachel Thomas who did a glass panel of things you might see in the Suffolk village of Uggeshall. Take a look here to see if you can spot the eggs and the ponies. What else can you see?